Rituals evolve over time. Recently, a California funeral home offered mourners the option of staying in their car while paying their respects. Holy Ground does not address “drive-thru visitation” but discusses ritual space through a contemporary social-cultural lens. Arie L. Molendijk examines scholarly views of the “holy” and “sacred” and Paul Post offers an examination of spatial-ritual-religious analytical models. Eight other authors consider rituals, shrines, memorials, and spaces of contemplation.

The “sacred” exists in opposition to the everyday, the profane. “Holy ground” and “ritual space” are specific locations where limited sets of symbolic actions occur. But, as Judith Tonnaer says, today people “actively exhibit signs of their mourning” by creating “fluid, flexible and mobile” rituals. Eric Venbrux describes the “ritual communication” of throwing coins into water as a symbolic attachment to a place. Can any place become sacred? Irene Stengs suggests that the two million who watched the “farewell ceremony” for Theo van Gogh on television were located in temporary “ritualized spaces.” If Jane Doe is watching a funeral while resting from home, is her bedroom a “ritualized space?” Folks who attend funerals can doze off too, but they are not wearing pajamas.

Stengs reports that after the death of a popular singer, many memorial events were held: a concert in a stadium with coffin arriving by hearse; cremated ashes rocketed into the North Sea; tattooing of loved ones with ashes. A six-part TV mini-series followed. Memorials always involve economic, social, and political influences; but contemporary events are created in a media hothouse. Perhaps our western mourning rituals are only as genuine as the tears for Kim Jong Il.

Several writers address church architecture. Justin E. A. Krosen discussed the Netherlands’ “financially burdensome” churches and reported that even atheists view some re-use options as sacrilegious. Woulter E. A. van Beek writes about Mormon architecture and the Zoetermeer Temple in the Netherlands. If you visit Washington, D.C., take a drive on the Capitol Beltway and watch for the Wizard of Oz-like palace that once inspired this spray-painted message on a nearby overpass: “Surrender Dorothy.” The Washington Temple’s dramatic façade promises a wild interior volume, but when I attended an open house, the windowless conference rooms disappointed. Mormon temples are designed to maximize spaces for meetings; and by limiting access to upper floors, van Beek says that Mormons create a “sacred hierarchy.” 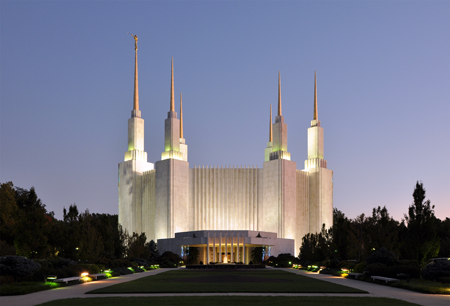 In contrast, the Tor Tre Teste Jubilee Church in Rome was designed with spatial intentionality. Paul Post’s photographs show huge curving walls creating movement reminiscent of an airport terminal. Minus pews and crucifix, the interior functions as a non-denominational place of reflection. Post notes that the sacred was once viewed as being “fundamentally experienced in spatial terms…” and that rituals were “always connected with a place.” Now, Post reports, “events, not buildings” are primary in “assigning meaning” and “Christian worship is not tied to a definite place.” But folks still want their churches! Lizette Larson-Miller documented the painful process of unifying varied cultural expectations to join four parishes in Oakland, California. As churches are shuttered, Jorien Holsappel-Brons discusses the increasing numbers of “rooms of silence” in hospitals, airports, and even shopping malls.

Kenneth Foote says spontaneous shrines are creating sacred space with increasing speed for a wider range of events involving more “voices.” While memorial planning can be a cathartic process for wounded communities, I must note that design by committee and jurying by “stakeholders” can result in conceptually vague examples of “Hallmark-card minimalism” and pedantically literal monuments. In contrast, Maya Lin’s masterful Vietnam Veteran’s Memorial was selected by a jury of elites (architects, landscape architects, and sculptors) in a competition organized by an architect, Paul D. Spreiregen.

Many authors of Holy Ground view both ritual and the sacred as liberated from religion and tradition. While coin tossing, tattoos, tree plantings, concerts, and marches may offer comfort; they seem a thin substitute for traditional rituals. Other than discussion of the Jubilee Church, Holy Ground omits consideration of the aesthetic-architectural-spatial context that grounds much ritual, and is silent on contested spaces. Despite these omissions readers interested in rituals and ritualized spaces will find Holy Ground a source of valuable information on scholarly discussions of contemporary sacred space.

Artist Lisa Austin collaborates with landscape architects, and others engaged with urban space, on social sculpture projects, public art and memorials; she reached three-dimensional design and sculpture at Edinboro University of Pennsylvania. lisa@lisaaustinpa.com